Root Canals, Implants and their Consequences in Disease

More information here - RSVP not required.  All events free and open to public 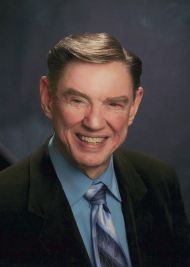 Dr. Weston Price, head of organized dental research, and Dr. Leonard Rosenow of the Mayo Clinic, discovered that extracted root canal teeth implanted in rabbits could transfer diseases that the human had; onto the rabbit.  Mayo’s examined and reported 11,000 such transfers – Price – 60,000.  What was found in those tests that are of value today?  The basis of current DNA research that has not only confirmed their original root canal research, but expanded to include the consequences of cavitations from wisdom tooth extractions and the current dental practice of bone grafts and implants.
How often do x-ray confirm sterility of root canals?  What does DNA say about sterility and the consequences of contamination?  Are antibiotics the answer?  Are there pathological consequences to these new practices?  What treatments are best for abscessed teeth?
Bone grafts and implants are the most prestigious and financially rewarding items in dentistry today.  DNA analysis helps us evaluate the consequences of this new exciting industry.  You deserve to be informed of the findings of the most sophisticated and accurate DNA analyses of potential consequences of receiving these procedures.
Detoxification can be REtoxification.  How much can your body do on its own?  When are chemical aids too overwhelming?  DNA has those answers as well.
Come listen to Hal A. Huggins DDS, MS. Hal is the world's most controversial dentist because of his stand on trying to convince dentistry to stop the use of mercury in fillings. He has been in practice since 1962, fifty years. He received a post–doc Master's at the University of Colorado with emphasis on immunology/toxicology in 1990. He successfully pioneered treatments for autoimmune diseases caused by dental toxins and has personally treated over 5,000 toxic patients.
He has lectured professionally 2,500 days in 46 of the U.S. states and 14 foreign countries. He has authored several books, written over 50 articles and given over 1,000 radio/TV interviews, including 60 Minutes Australia (1989) and 60 Minutes New Zealand (2007).
He is currently a consultant worldwide for multi-disciplined centers and founder of the Multi-Discipline Alliance of professionals who practice the Huggins Protocol for recovery of autoimmune diseases.

Dr. Price wrote 'Physical and Nutritional Degeneration' documenting the importance of eating traditional foods and the diets of our ancestors he visited around the world. He said before he died in 1948 that 'You teach, you teach, you teach!'

Sally Fallon Morrell is a journalist, chef, nutrition researcher, homemaker, community activist and President of the Weston A. Price Foundation. She is the author of "Nourishing Traditions: The Cookbook that Challenges Politically Correct Nutrition and the Diet Dictocrats."

We follow the nutritional recommendations outlined in this book. It's our "nutrition bible!"

The companion book to Nourishing Traditions. Dr. Cowan merges the wisdom of traditional societies, the most modern findings of western medicine and the esoteric teachings of the ancients as he answers this important question: "How do we obtain true health?"

"We had the good sense to provide startup funds for the FTCLDF...it signaled to authorities everywhere, that we weren't backing down. We were leveling the playing field." - Sally Fallon Morell, President of Weston A. Price Foundation